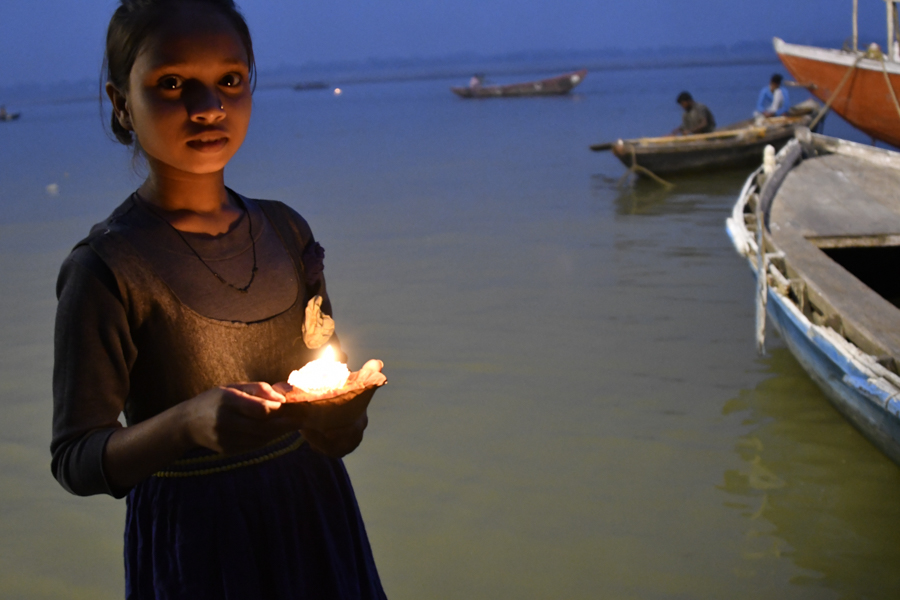 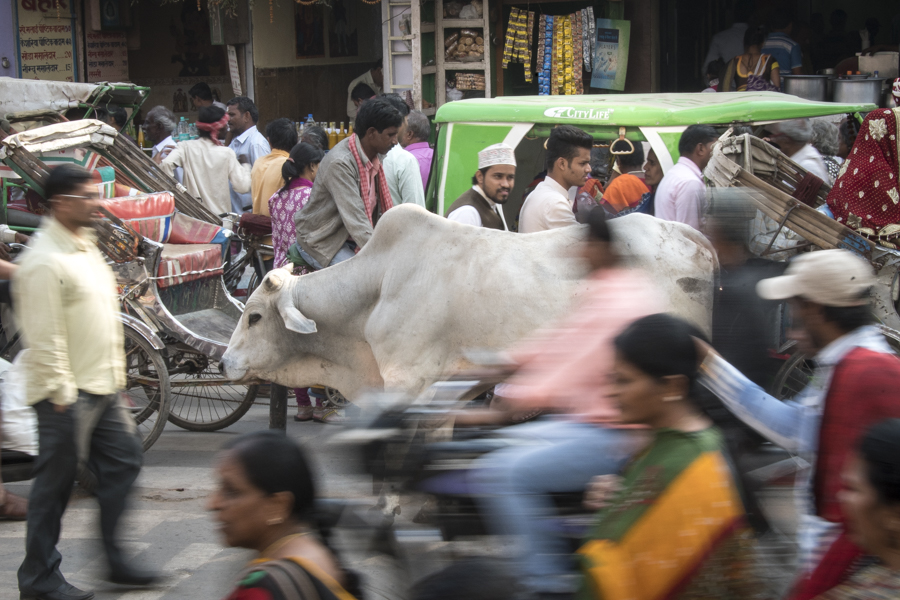 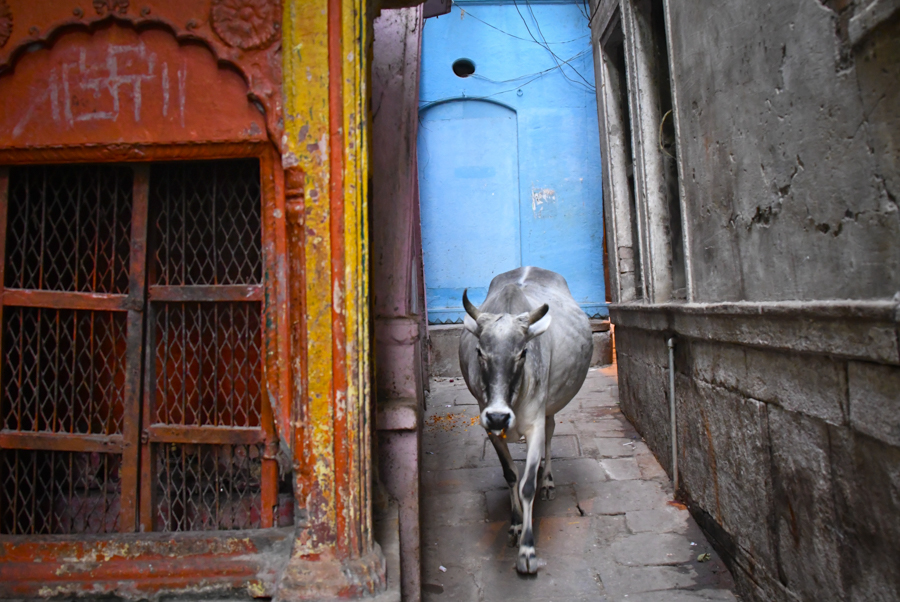 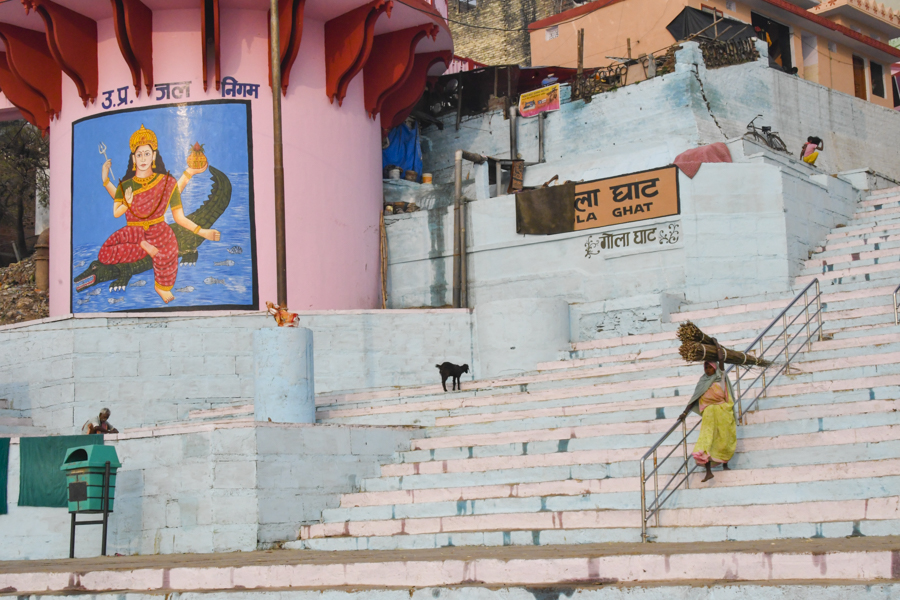 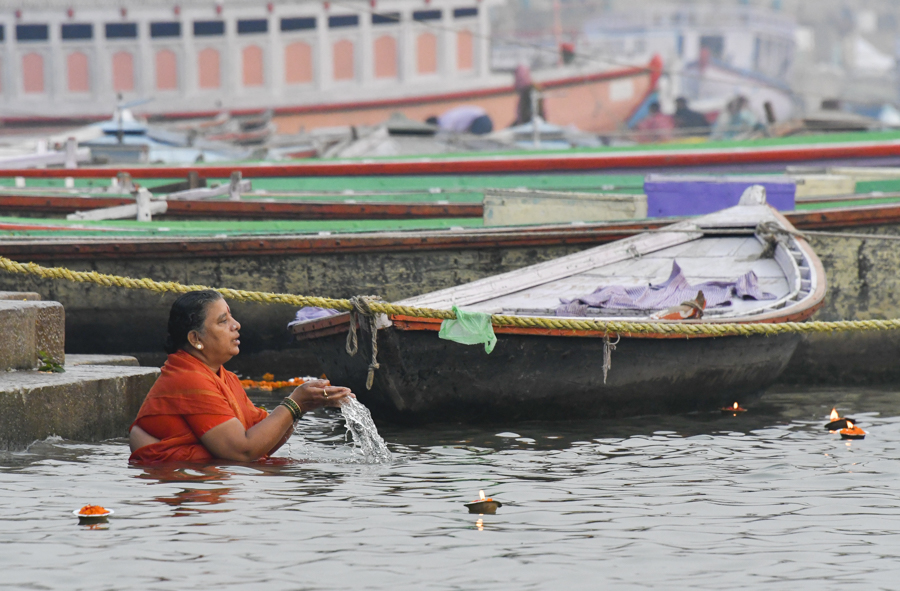 A Hindu woman preforming a “puja” (ritual prayer). Hindus consider the Ganges River, the Mother Ganga as they call it, as a goddess, and thousands of pilgrims make their offerings each dawn to the rising sun. 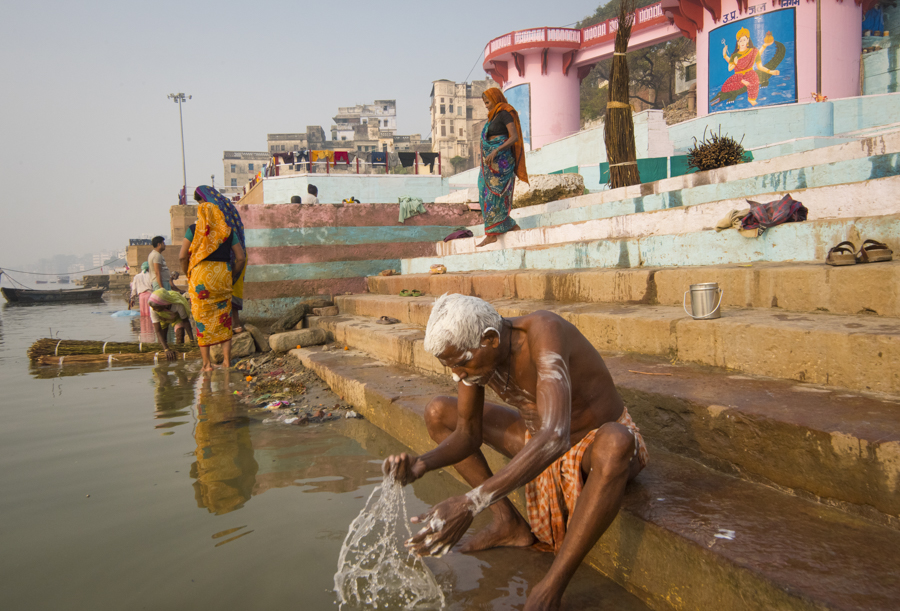 Hindus believe the most sacred place for a holy cleansing is the Ganges river. As this man calmly bathed and prayed in the ghat upstream from the cremation ghats, I was amazed at his acceptance of me photographing him at close proximity (I had to awkwardly wade out in the river to capture this wide angle perspective). Spirituality is very much part of everyday life in India – for a westerner accustomed to prayer, death, and personal space being private and compartmentalized, it’s an eye-opening and fascinating immersion into a very different culture 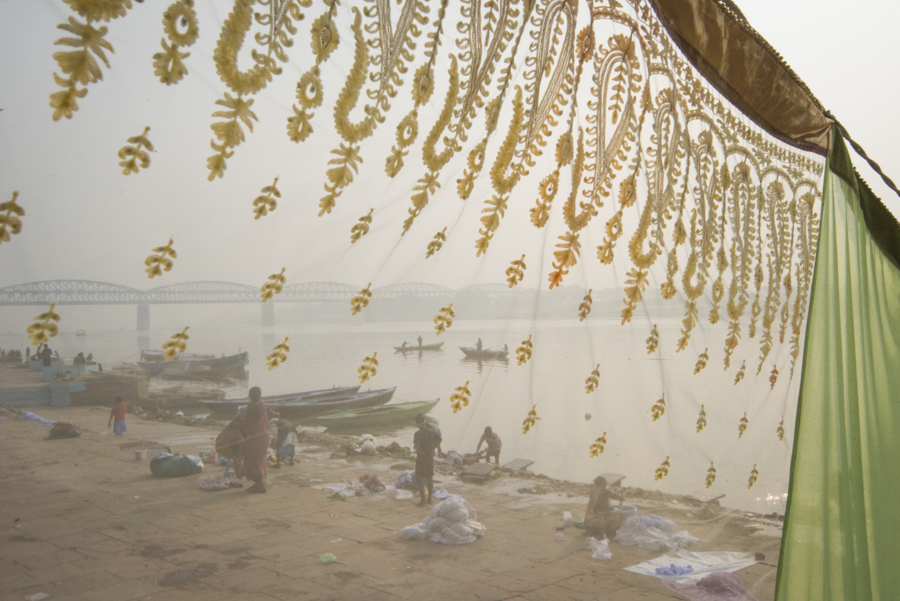 So many layers of life along the Ganges, India