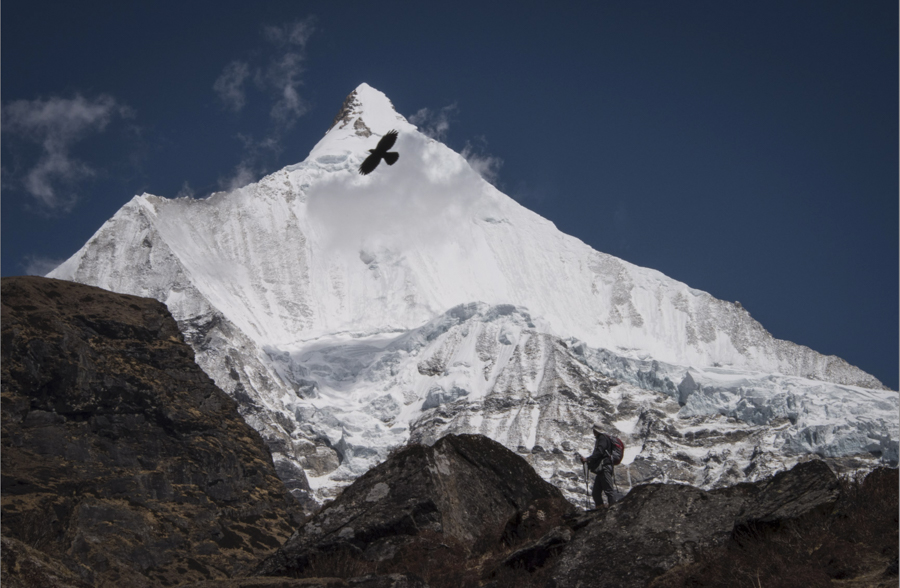 Trekker & crow in silhouette against the spectacular 23,000 foot Himalayan peak of Jichu Drake 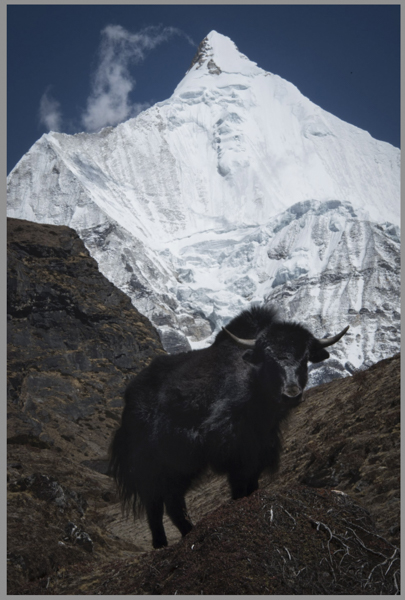 Yak standing his ground near our Jomolhari base camp 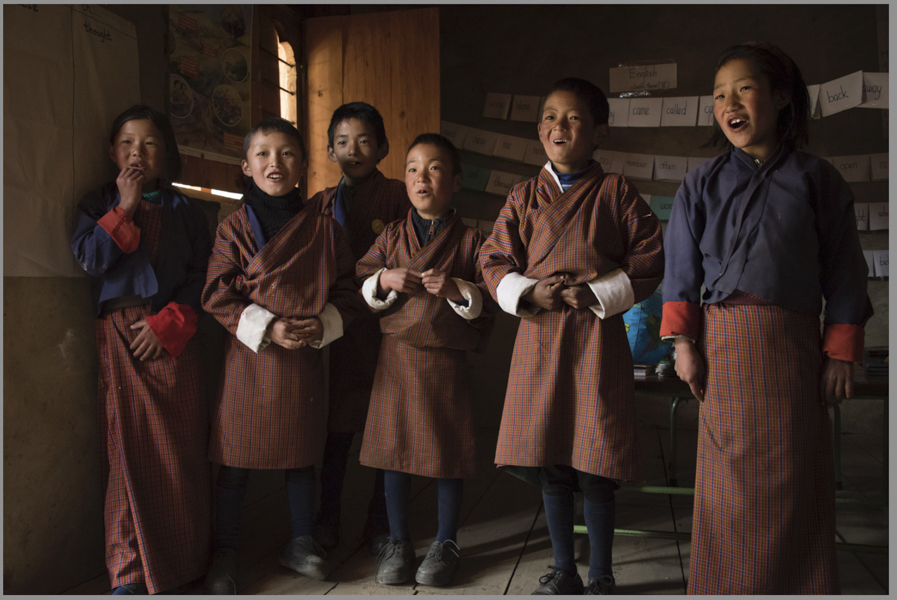 School children sing us a song near Jomolhari Base Camp – most walk 1 hour to school each way over 1,000 feet elevation

END_OF_DOCUMENT_TOKEN_TO_BE_REPLACED 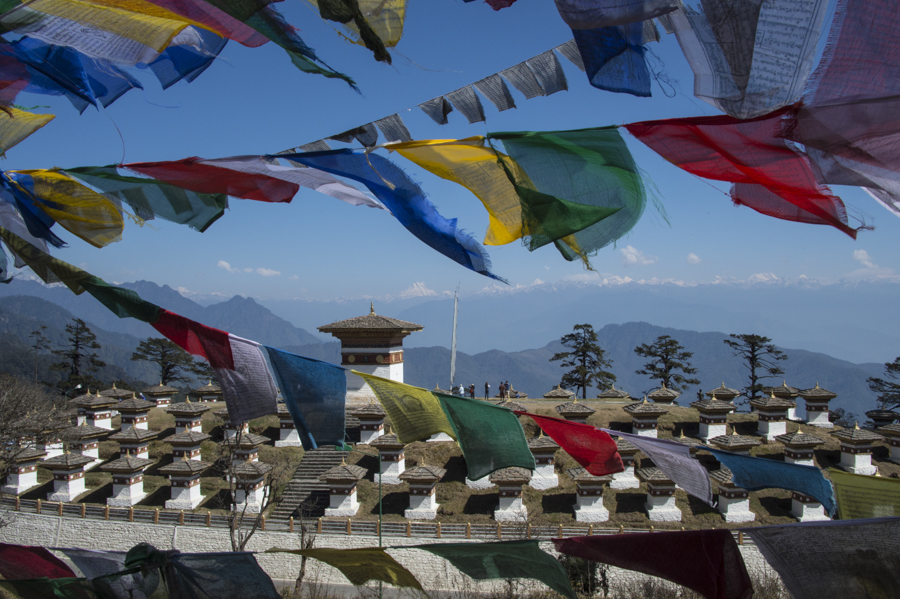 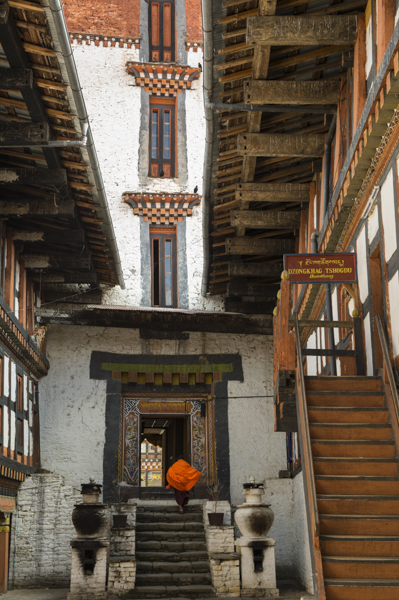